Buildings Have Feelings Too PC-PLAZA 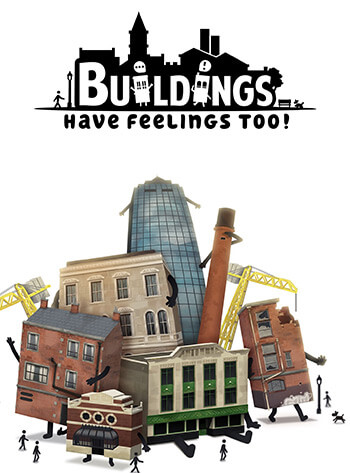 Old Pete, “The Dock Yard”, is being demolished. He’s the first of his group of friends to go. It was unexpected and everyone is a bit worried.

Being made of bricks and mortar doesn’t mean you don’t have your own things to worry about.

This ragtag group of friends were there, right from the start, when it really became a city. With them they brought the titans of the industry, hundreds of jobs and hundreds more houses. But the Linen Mill’s not been getting many textile orders come through this year, the Warehouse lost another contract from the neighbouring city and the Old Bank’s having money troubles.