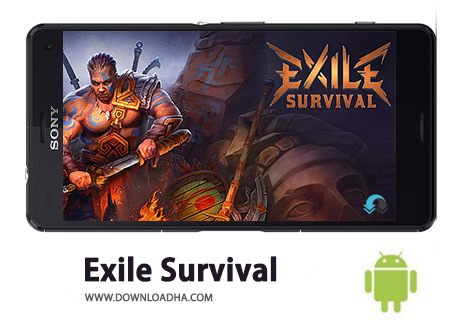 The once flourishing lands of Exile Survival were torn apart when ruthless gods unleashed bloody massacre on each other leaving the world in ruins. After the battle was finally over, scarce survivors saw the devastating results they would have to live with. Cities and towns reduced to bare wasteland, civilizations wiped out, life thrown back to its ancient form. You play as a lone exile banished from his tribe and forced to battle his way to survival. Be ready to venture on a brutal adventure, explore deadly wasteland and face the consequences of the bloody war.

ORIGINAL SETTING. The world of Exile Survival is a unique mixture of contrasts. Bright colors and lush visuals go hand in hand with harsh action, barbarian brutality and gore. The further you dig into the game, the better you’ll feel the true, harsh and bloody core of everyday survival in wasteland.