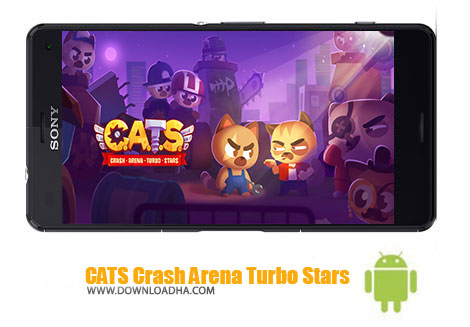 Build your own battle bot and unleash its power in this stylish PvP game. From the creators of the hit games Cut the Rope and King of Thieves, comes the most ingenious and stylish battle bot constructor! Join more than 100 million players from all over the world and become the star of the Arena! Welcome to the streets of Mew York. Someone has to rule this place… Why not your gang‎? Unite into powerful gangs, participate in gang battles or create a super-strong Ultimate machine to dominate the Ultimate League fights! Make every opponent bite the dust!

WHAT’S NEW
The ApoCATlypse has begun! Get prepared with the new post-apocalyptic set:
– ApoCATlypse Bus: a large, robust vehicle. Plenty of energy to arrive on time to school.
– Stop Sign Gadget: everybody stops for the stop sign, especially ranged weapons.
– Basketball Cannon: shoots basketballs that will remain on the arena to absorb some damage.
– Electrified Barbed Wire: stuns enemy machines and all of their parts for some time.
– Tank Tracks: slow, but have increased force.